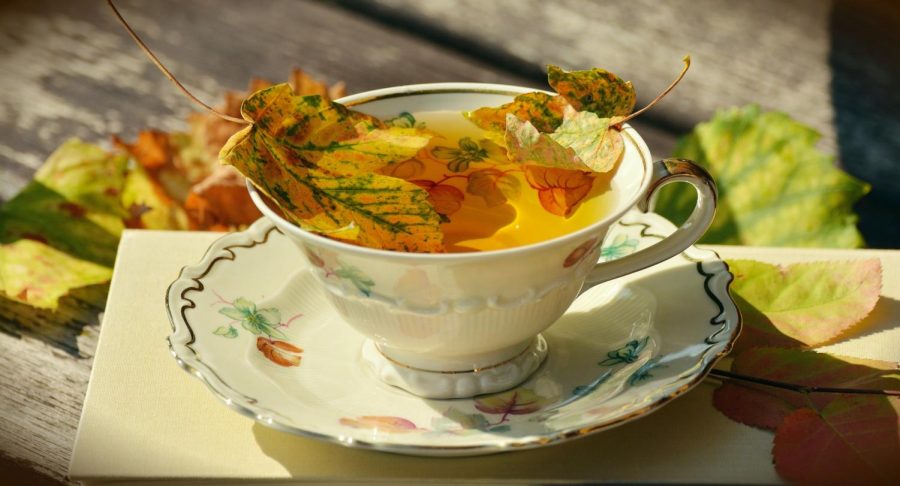 The date is December 20th. Snow descends down from the pale gray sky, and covers the ground with an elusive, white coat. A young woman is walking home, scurrying along, like she has somewhere better to be. She has bought ingredients to make tea biscuits, as she was planning to surprise her fiancée with something special for their daily teatime. Her fiancée had always been an excellent baker. She snacked on her delicious cookies and biscuits all the time. Now she wanted to return the favor. As the subtle white coat turned into a pale, white blanket, the young woman reached home, and rushed to the kitchen.
The oven had not been used in a while. The woman went to get firewood, which she had chopped earlier. She carried the prickly cedar logs inside, and grabbed a newspaper to use as tinder, with the headline reading: “Public exposure . . .”. The rest had been ripped off. She tossed the firewood in along with the newspaper, and easily lit a few sparks with a fire striker. The newspaper caught fire in an instant, and the wood fired up fiercely shortly after.
As the fire raged on, the woman took out her fiancée’s favorite recipe book, coated in a thin layer of dust. Then, following the instructions to the finest detail, she prepared a large bowl, and filled it with flour, salt, and shortening. She stirred in milk, creating a soft, light, texture, and then proceeded to knead the soft dough. Delicately, she fashioned each biscuit. Finally, she placed the uncooked biscuits on a tray, and carefully set them inside the blazing oven. The biscuits turned out slightly burnt. The women begrudgingly pulled the biscuits from the oven. The top parts of the biscuits were darkened, compared to the rest of the golden brown biscuits. She knew she could do better. Her fiancée wouldn’t have made such a careless mistake. Again, the woman prepared a large bowl, and filled it with flour, salt, and shortening, as the fire raged on. This time, she couldn’t keep her composure. The heat was getting on her nerves. She tried fanning the flames to quell the heat, but it only made the flames fiercer. She stirred in milk, kneaded the dough, and shaped the biscuits, as the fire raged on. For the second time, she placed the pale, uncooked biscuits on the tray, and set them inside the blazing oven. Burnt. She pulled the biscuits out from the oven. The biscuits had been charred to hell, unrepresentative of their previous uncooked state. She tried picking one up to eat, but it crumbled to ash.
She had given up. She went to put out the fire, filling a bucket of water to do so. As she opened the oven, a flame sparked out, and burned her on her hand. Panicking, she quickly dumped the water on the raging flames. The flames hissed and billowed savagely, however the wood remained in the oven. A repulsive, arid smell of smoldering log filled the kitchen as if it were mustard gas stuffing a World War I trench.
Next came the tea. When she opened the cupboard, she realized that they were out of their favorite brand, Validierung, a sweet, desirable tea. The only brand left was one she had drunk on occasion, called Oltraggiosa. The tea was a bit bitter, but still drinkable. The snow had been piling up, thickening the pale white blanket, so going out to buy more tea wasn’t an option. She filled the kettle with water, and placed it on the stove. She was all too familiar with this ritual. She poured the hot water into the teapot, and gently sprinkled the tea into the pot. As she let the tea steep, she got out a tea tray and two matching tea cups, along with a tea strainer. She gently set the teapot, teacups, and strainer onto the tray, along with a sharp bread knife.
She carried the tray into the empty dining hall. It was deadly quiet, with only the whisper of the wind audible. She trotted over to the table, where she saw her fiancée. Veins full of gust, flesh made of dust, her fiancée sat in the empty chair. Not a greeting was uttered, not a smile was formed. The woman sat down, tears flowing from her eyes, and forced the words:
“Dear, I’m back, I’ve brought the tea, though it’s not the brand that you cherish so much.” Silence.
“Do you like the biscuits? They’re a little bit burnt but I tried my best. It’s a thank you for always caring for me. Forever and ever.”
Silence.
The snow picked up, the storm raged on, the wood in the oven caught fire. The tears kept flowing, the silence kept growing, as the woman struggled. She struggled with acceptance; she struggled with the hate. She struggled with her title; she struggled with her directives. She struggled with the murder on the night of November 17th; she struggled with her lost, “forbidden” love. As fire raged on; the snow blistered down; her bread knife flashing, for she had somewhere better to be.